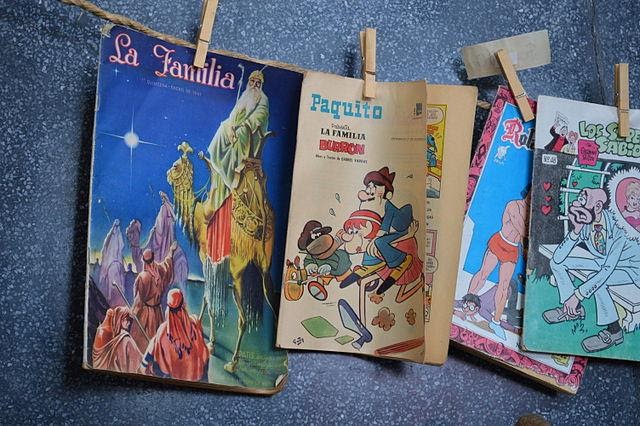 The world of comic books is an ever-expanding world with new heroes, new threats, or evil forces. For example, we are well-versed in naming some superheroes from Marvel and DC comics. But in reality, both Marvel and DC are so vast with new concepts like an alternate reality or multiple universes and, most importantly, so many underrated heroes. DC is not just Batman and Superman. Marvel is not just IronMan, Captain America, or the original Avengers.

Those who have a knack for comics would know that numerous heroes with superpowers have their own set of villains and evils to fight off from society, and they are equally fascinating. Comic books have always been popular, but recently, TV shows and movies have rapidly started adapting from comic books. For example, The CW does not leave any comic fans to fall short of DC content. Disney+ series have tied knots with Marvel and made an impressive cinematic universe. Here are some of our best-picked TV shows that have been adapted from comic books:

Snowpiercer is based on Le Transperceneige, a graphic novel by Jacques Lob and Jean-Marc Rochette. Snowpiercer first became a film by Bong Joon-Ho before being adapted by Netflix. Snowpiercer was released in 2020. The TV show is based on a post-apocalyptic world. It is set seven long years after the world has become a frozen wasteland.

The few surviving populations of the world have tackled the apocalypse by boarding a ginormous, perpetually moving train. But the story takes an exciting turn when the viewers are made aware of the rampant abuses of discrimination inside the train and the hint of a revolutionary war to begin. If you are eager to watch the TV show but you do not have access to any streaming service, you can always go to RARBG and download the episodes for free.

The Umbrella Academy comics written by Gerard Way and Gabriel Ba have been adapted on the big screen with the same title. The Umbrella Academy was released in 2019 and could be a good series. The talented cast has executed the series with good casting support. Ellen Page played the role of Vanya Hargreeves, the only member of the Hargreeves family who does not have superpowers.

Other actors like Robert Sheehan and Tom Hopper have successfully carried out their roles. The story takes an exciting turn when Hargreeves’ family’s adoptive father dies, and the estranged siblings come together and uncover several mysteries. They realize that humanity is in danger, and they are the only ones who can save the world.

Titans is an American superhero television series based on the DC comics Teen Titans. The show titans were released in 2018 and has a dark and gritty take on the comic. It follows Dick Grayson, popularly known as Robin, who has come of age and left Batman’s side to find his path. Alongside Robin, Rachel Roth, a girl with mysterious dark powers, gets involved in a conspiracy that would bring Hell to the Earth.

Dick now has to assemble a team of young heroes to fight Trigon to put up a fight. Starfire and Beast Boy joined the Titans team to fight the evil. It also shows the inner struggles of each character and the power clashes that arise due to uneven power dynamics. Overall, if you are a DC comic fan, you would like the TV show.

The Boys flipped the concept of superheroes with their release in 2019. The Boys is heavily inspired by the comic book written by Garth Ennis and Darick Robertson. The world that exists in The Boys has heroes who are corrupted and run by Vought’s powerful corporation. The tagged heroes are often “used” for their superhuman abilities to cover their selfish interests.

In this world, The Boys are a group of vigilantes that do not comply with them and are determined to pull them off from their fake pedestal. Karl Urban, Jack Quaid, Karen Fukuhara, Laz Alonso, and Tomer Capon shine in their respective roles of being superheroes. The principal antagonist of the series is usually Seven, another band of superheroes with way more similarities with the classic Justice League lineup. Apart from the excellent storyline, The Boys have the potential of tackling serious issues with a subtle sense of humor.

Apart from these handpicked few TV shows, some notable series are worth mentioning: Marvel’s The Punisher, Deadly Class, Chilling Adventures of Sabrina, and Marvel’s Jessica Jones. Comic books have always been in high demand and very popular among the youth. Nowadays, collecting comic books is considered a costly hobby, especially from Marvel or DC.

Comics have a great storyline and a black and white concept of evil and good. Although it highlights many inner struggles of the characters, readers are never confused on who is wrong and who all are heroes. The concept that the good always gets rewarded at the end brings comfort to all the viewers. When these comics are adapted on-screen, the fans hope that the shows do proper justice to the comic books. It is pretty clear that the shows that have been released lately are very well thought out and executed.

Is Ethereum 2030 a good investment

The introduction to know about the best forex bonuses in 2022

Prepare for Californian Winters: What to Know